Google Docs just got smarter with a new menu system 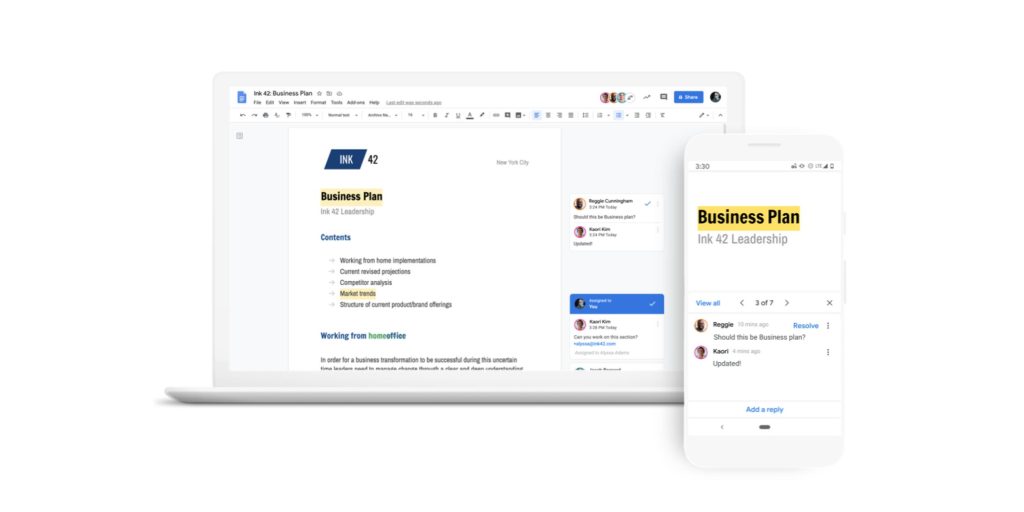 A new Google Docs update aims to make it even more useful than ever. A new universal @ menu has been added which aims to make it easier than ever to add tables, images and more to your documents. It’s all in a bid to lure everyone away from the likes of Microsoft Word in favor of cloud-based solutions.

The update is aimed squarely at making collaborative efforts online that bit simpler with Google keen for you to combine using Google Docs with the almighty Google Chrome – one of the best web browsers out there.

The new universal @ menu is simple to use. By typing @ while in a document, you will now see a list of recommended files, people, meetings, content elements and formats that you can easily insert into your work. Basically, it just made life a lot easier if you’re trying to get some work done and you want to tie other users into your document. It’s a simple but potent upgrade that aims to tie together all of Google’s collaboration tools bringing together Google Docs, Meet, Sheets, and Slides.

As a GIF from the Google blog demonstrates, it’s also fairly smart, suggesting people that you often work with as well as the files you’re most likely to want to tie in with.

Google hasn’t stopped there either with the ability for Docs users to now make a paragraph to always begin on a new page courtesy of the new Add page break before option. It won’t be essential for everyone but for those that need it, it’s a game changer. You’ll also be able to use it to import and export Microsoft Word and other third-party documents that have this option applied all with Google Docs retaining the formatting.

Expect to see more updates like this from Google in the future with the company keen to steer you clear of the traditional Microsoft Word solution.

Everything in Colourpop Cosmetics’s Nightmare Before Christmas Collection — See Photos