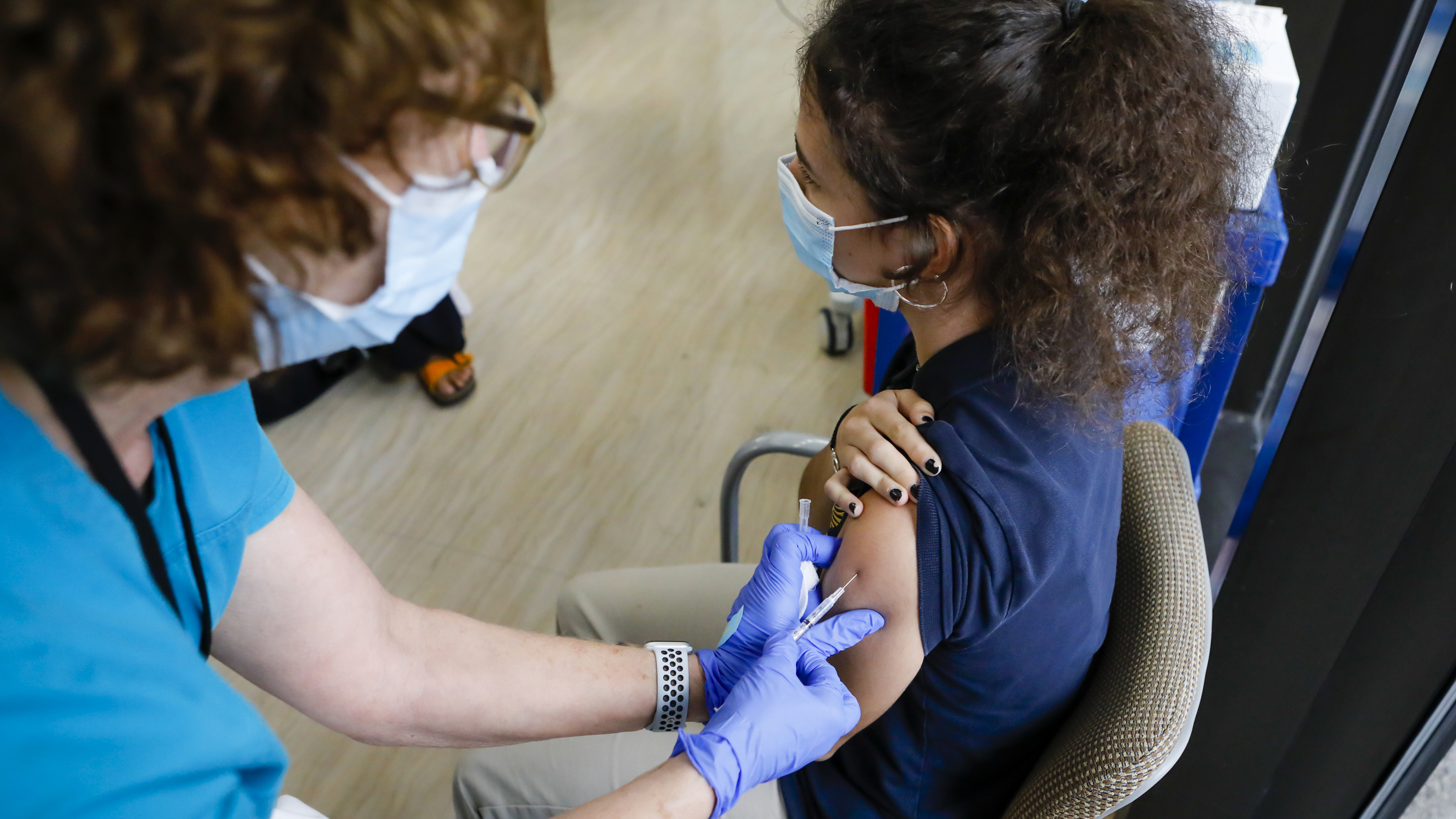 Researchers in Israel say they’ve found a possible link between the Pfizer-BioNTech COVID-19 vaccine and cases of heart inflammation in young men ages 16 to 30, according to a report submitted this week to the country’s Ministry of Health.

The report concluded that around 1 in 5,000 men who receive the vaccine may experience this side effect, known as myocarditis, which is higher than the rate seen for the whole vaccinated population during that time period, which was 1 in 50,000.

So far, the data isn’t yet strong enough to prove that the vaccine caused these cases — experts say there are a number of factors that make it difficult to definitively tie the vaccine to heart inflammation, a link that’s also being investigated in the United States.

And even if there is a link, it’s important to note that the vast majority of myocarditis cases seen after vaccination have so far been mild and responded well to anti-inflammatory medications, such as steroids, said Dr. Alejandro Jordan-Villegas, a pediatric infectious disease expert at Orlando Health Arnold Palmer Hospital for Children, who was not involved with the report. At this point, “the benefit of the vaccine outweighs the risk,” Jordan-Villegas told Live Science.

Indeed, the U.S. Centers for Disease Control and Prevention (CDC) continues to recommend the COVID-19 vaccine for all eligible groups, which includes everyone ages 12 and older. And on Friday (June 4), the CDC stressed the importance of the vaccine for teens, who saw an increase in COVID-19 hospitalizations in March and April.

“I ask parents, relatives and close friends to join me and talk with teens about the importance of these prevention strategies and to encourage them to get vaccinated,” CDC Director Dr. Rochelle Walensky, said in a statement.

The Israeli report, which was led by Dr. Dror Mevorach, head of internal medicine at Hadassah Medical Center in Jerusalem, found more than 110 cases of myocarditis in Israel that occurred around the time of COVID-19 vaccination, mostly after the second shot, out of about 5 million people vaccinated across the country. That works out to a rate of 1 in 50,000 people vaccinated. But the majority of people who developed myocarditis were young men, with the rate among men ages 16 to 24 (who made up 10% of the vaccinated population) estimated to be 1 in 5,000, according to the report, which Mevorach emailed to Live Science. However, younger men are in general more likely than women to get myocarditis, according to the National Organization for Rare Disorders.

Data from one hospital, Hadassah Medical Center, also found that the rate of myocarditis cases seen at the hospital in recent months was five to 25 times the rate seen in previous years, the report said; however, the breakdown of cases by year, as well as the age range of cases, was not included in the report.

In response to the report, Pfizer said it was aware of the findings, but that no causal link between myocarditis and its vaccine had been established, according to Reuters.

One difficulty in determining whether the COVID-19 vaccine is linked to myocarditis is that the actual rate of myocarditis in the general population is unclear, Jordan-Villegas said. Doctors think that the rate is around 2 to 3 cases per 100,000 people per year, Jordan-Villegas said, but it could be higher, since cases may be underreported. (Highlighting how difficult it is to know the underlying prevalence of the condition, a review in the Journal of Cardiothoracic and Vascular Anesthesia estimated that the incidence of viral myocarditis is 10 to 22 cases per 100,000 per year.) That makes it difficult to say “if it’s truly an increase or no,” he said of the Israel findings.

What’s more, myocarditis itself is usually caused by a viral infection, in particular, by viruses known as enteroviruses, Jordan-Villegas said. And at this time of year — the summer months — doctors usually see an increase in cases of enterovirus, he said, making it difficult to establish a link specific to the COVID-19 vaccine.

The Israeli report also doesn’t include information on the rate of myocarditis in the unvaccinated population, which would be needed to show that the vaccine is likely causing this symptom.

“This is not proof, it is just a signal that the phenomenon has to be investigated,” Dr. Eyal Leshem, director of the Center for Travel Medicine and Tropical Diseases at Sheba Medical Center in Ramat Gan, Israel, told The Jerusalem Post.

In the United States, researchers have also observed an increase in cases of myocarditis reported to the Vaccine Adverse Event Reporting System (VAERS), the country’s vaccine-safety monitoring system that allows people to report health problems after vaccination. Recently, data from VAERS showed a higher than expected number of myocarditis cases in 16-to 24-year-olds within 30 days after receiving their second shot of either the Pfizer or Moderna vaccine, according to the CDC’s Advisory Committee on Immunization Practices (ACIP). But VAERS isn’t designed to detect whether a vaccine causes an adverse event — anyone can report an event, and the system does not compare rates of cases among vaccinated versus unvaccinated people, which can help determine if a link is truly causal.

Another, smaller vaccine-monitoring system in the U.S. called the Vaccine Safety Datalink (VSD) does compare rates of adverse events among vaccinated vs unvaccinated people in nine hospital systems. But so far, VSD has not shown a higher rate of myocarditis than expected, according to the ACIP. However “these data need to be carefully followed as more persons in younger age groups are vaccinated,” the ACIP said.

For now, the CDC is advising parents and young people to be on the lookout for symptoms of myocarditis, which include chest pain, shortness of breath, fatigue and feelings of having a fast-beating, fluttering, or pounding heart; they should seek medical care if they are their children have these symptoms within one week of COVID-19 vaccination.