Summary: Scanning people’s brains when watching videos, researchers found both neural and behavioral responses to the content could predict how long others would watch the same video on the internet.

When Stanford University neuroscientist Brian Knutson tracked his smartphone usage, he was shocked to learn that he spent twice as much time on his phone as he had anticipated.

“In many of our lives, every day, there is often a gap between what we actually do and what we intend to do,” said Knutson, who is a professor of psychology in the School of Humanities and Sciences, reflecting on his smartphone habits. “We want to understand how and why people’s choices lead to unintended consequences – like wasting money or even time – and also whether processes that generate individual choice can tell us something about choices made by large groups of people.”

Toward that end, Knutson and colleagues are investigating an approach he calls “neuroforecasting” – in which they use brain data from individuals who are in the process of making decisions to forecast how larger groups of unrelated people will respond to the same choices. His lab’s latest neuroforecasting work in collaboration with researchers at Stanford’s Graduate School of Business, published Mar. 9 in the journal Proceedings of the National Academy of Sciences, focused on how people spend time watching videos online.

By scanning people’s brains as they selected and watched videos, the researchers discovered that both neural and behavioral responses to a video could forecast how long other people will watch that same video on the internet. When forecasting video popularity on the internet, however, brain responses were the only measure that mattered.

“Here, we have a case where there is information contained in subjects’ brain activity that allows us to forecast the behavior of other, unrelated, people – but it’s not necessarily reflected in their self-reports or behavior,” explained Lester Tong, a graduate student in the Knutson lab. “One of the key takeaways here is that brain activity matters, and can even reveal hidden information.”

The researchers analyzed data from 36 participants, who watched videos while being scanned with a brain imaging technique known as fMRI. The researchers also monitored participants’ behavior – like whether they chose to skip a video – and asked them questions about each video, like how it made them feel and whether they thought it would be popular. Then, they examined how those same videos performed on the internet in terms of daily views and average duration of viewings.

Because videos are complex and change over time, the researchers specifically examined brain responses to the start and end of videos, as well as average responses to each video. They focused on activity in brain regions previously shown to predict peoples’ willingness to spend money.

When it came to forecasting the behavior of others online, however, the data told a different story. Both the group’s behavior and brain activity forecasted how long people would watch the videos online. However, only group brain activity forecasted the popularity (or views per day) of each video online. During just the first four seconds of watching each video, more activity in the brain region associated with anticipating reward forecasted a video’s popularity online, whereas heightened activity in the region associated with anticipating punishment forecasted decreased popularity.

“If we examine our subjects’ choices to watch the video or even their reported responses to the videos, they don’t tell us about the general response online. Only brain activity seems to forecast a video’s popularity on the internet,” explained Knutson, who co-leads the NeuroChoice Initiative of the Stanford Wu Tsai Neurosciences Institute.

This and related research indicate that some steps of the choice process may prove more useful for broad neuroforecasting than others. By teasing out the specifics of which steps matter, the researchers think neuroforecasting might even apply across groups of different ages, genders, races or cultures when they show similar early neural responses.

These findings suggest similarities between neuroforecasting how people spend time and how they spend money online, which the team has previously studied in non-traditional markets, including online markets for micro-loans and crowdfunding. 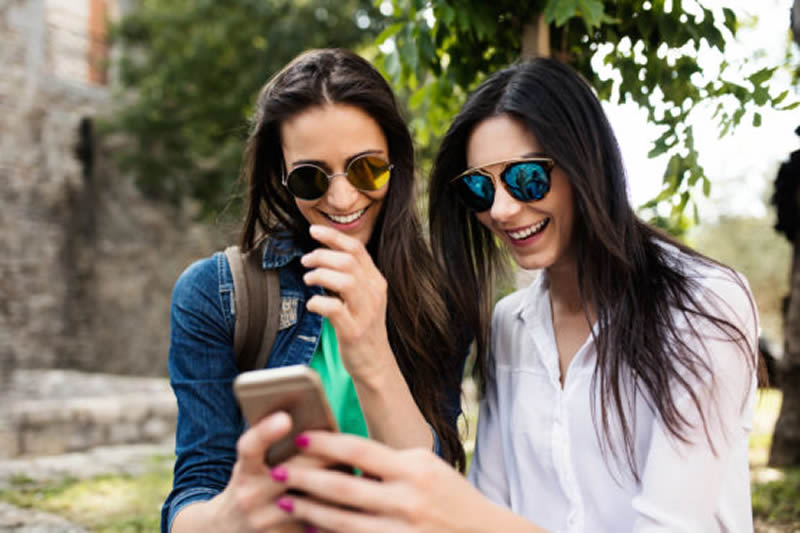 Research investigating the neuroscience of choice have found that our brains hold hidden information about the viral potential of online videos. The image is adapted from the Stanford news release.

Knutson and his NeuroChoice colleagues have also been investigating neural mechanisms of choice in the context of drug addiction. In the future, they aim to continue exploring when brain data can complement behavioral data, and in which situations.

Whether the topic is giving money or spending time, the researchers hope that a better understanding of how the brain promotes choice will eventually help people eventually align what they actually do with what they want to do.

Additional Stanford co-authors of this work include graduate student Mehmet Yavuz Acikalin and Baba Shiv, the Sanwa Bank, Limited, Professor in the Graduate School Of Business and professor of marketing. Knutson is also a member of Stanford Bio-X and an affiliate of the Stanford Woods Institute for the Environment. Shiv is also a member of the Wu Tsai Neurosciences Institute.

Funding: This research was funded by the NeuroChoice Initiative of Stanford’s Wu Tsai Neurosciences Institute.

The growth of the internet has spawned new “attention markets,” in which people devote increasing amounts of time to consuming online content, but the neurobehavioral mechanisms that drive engagement in these markets have yet to be elucidated. We used functional MRI (FMRI) to examine whether individuals’ neural responses to videos could predict their choices to start and stop watching videos as well as whether group brain activity could forecast aggregate video view frequency and duration out of sample on the internet (i.e., on youtube.com). Brain activity during video onset predicted individual choice in several regions (i.e., increased activity in the nucleus accumbens [NAcc] and medial prefrontal cortex [MPFC] as well as decreased activity in the anterior insula [AIns]). Group activity during video onset in only a subset of these regions, however, forecasted both aggregate view frequency and duration (i.e., increased NAcc and decreased AIns)—and did so above and beyond conventional measures. These findings extend neuroforecasting theory and tools by revealing that activity in brain regions implicated in anticipatory affect at the onset of video viewing (but not initial choice) can forecast time allocation out of sample in an internet attention market.