Summary: A variant of the FAAH gene increases vulnerability to THC in females and has a larger-scale impact on brain regions responsible for reward processing.

A common variation in a human gene that affects the brain’s reward processing circuit increases vulnerability to the rewarding effects of the main psychoactive ingredient of cannabis in adolescent females, but not males, according to preclinical research by Weill Cornell Medicine investigators. As adolescence represents a highly sensitive period of brain development with the highest risk for initiating cannabis use, these findings in mice have important implications for understanding the influence of genetics on cannabis dependence in humans.

The brain’s endocannabinoid system regulates activity of cannabinoids that are normally produced by the body to influence brain development and regulate mood, as well as those from external sources, such as the psychoactive ingredient THC, also known as Δ9-tetrahydrocannabinol, which is found in cannabis. An enzyme called fatty acid amide hydrolase (FAAH) breaks down a cannabinoid called anandamide that is naturally found in the brain and is most closely related to THC, helping to remove it from circulation.

In the study, published Feb. 12 in Science Advances, the investigators examined mice harboring a human gene variant that causes FAAH to degrade more easily, increasing overall anandamide levels in the brain. They discovered that the variant resulted in an overactive reward circuit in female–but not male adolescent mice–that resulted in higher preference for THC in females. Previous clinical studies linked this FAAH variant with increased risk for problem drug use, but no studies had specifically looked at the mechanistic effect on cannabis dependence.

“Our study shows that a variant in the FAAH gene, which is found in about one-third of people, increases vulnerability to THC in females and has large-scale impact on brain regions and pathways responsible for processing reward,” said lead author Dr. Caitlin Burgdorf, a recent doctoral graduate from the Weill Cornell Graduate School of Medical Sciences. “Our findings suggest that genetics can be a contributing factor for increased susceptibility to cannabis dependence in select populations.”

The team found that female mice with the FAAH variant showed an increased preference for the environment in which they’d been exposed to THC over a neutral environment when they were exposed to the substance during adolescence, and the effect persisted into adulthood. However, if female mice with this variant were exposed to THC for the first time in adulthood, there was no increased preference for THC. These findings in mice parallel observations in humans that a select population of females are more sensitive to the effects of cannabis and demonstrate a quicker progression to cannabis dependence. “Our findings suggest that we have discovered a genetic factor to potentially identify subjects at risk for cannabis dependence,” said Dr. Burgdorf.

The investigators also found that the genetic variant led to increased neuronal connections and neural activity between two regions of the brain heavily implicated in reward behavior. Next, the team reversed the overactive reward circuit in female mice and found that decreasing circuit activity dampened the rewarding effects of THC.

As substance abuse disorders often emerge during adolescence, the investigators say this study has significant implications for translating these findings to inform developmental and genetic risk factors for human cannabis dependence.

“Our study provides new insights into cannabis dependence and provides us with a circuit and molecular framework to further explore the mechanisms of cannabis dependence,” said co-senior author Dr. Anjali Rajadhyaksha, professor of neuroscience in pediatrics and associate professor of neuroscience in the Feil Family Brain and Mind Research Institute and a member of the Drukier Institute for Children’s Health at Weill Cornell Medicine. 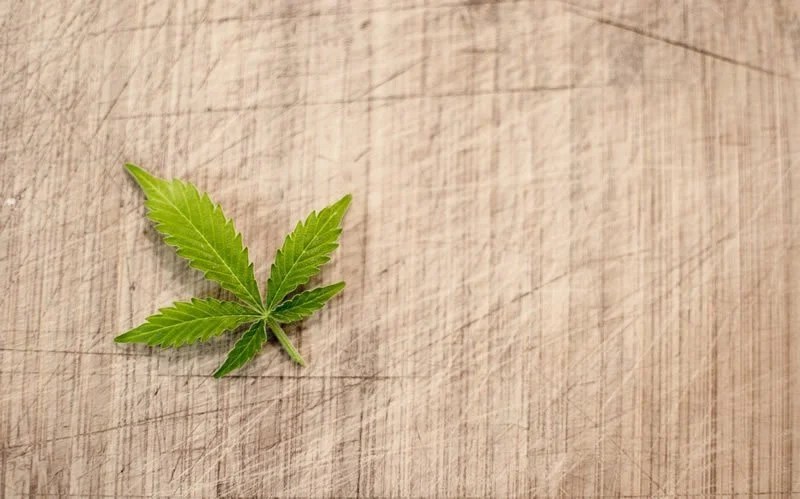 The brain’s endocannabinoid system regulates activity of cannabinoids that are normally produced by the body to influence brain development and regulate mood, as well as those from external sources, such as the psychoactive ingredient THC, also known as Δ9-tetrahydrocannabinol, which is found in cannabis. Image is in the public domain.

Although genetic factors are increasingly found to be associated with risk for other types of addiction, very few studies have investigated genetic factors associated with increasing risk for cannabis dependence. “In the future, we could use the presence of this FAAH genetic variant to potentially predict if an individual is more likely to be vulnerable to cannabis dependence,” said co-senior author, Dr. Francis Lee, chair of the Department of Psychiatry at Weill Cornell Medicine and psychiatrist-in-chief at NewYork-Presbyterian/Weill Cornell Medical Center. “We are getting one step closer to understanding exactly how neurodevelopmental and genetic factors play interrelated roles to increase susceptibility for cannabis dependence.”

Additional authors on the study were Dr. Deqiang Jing, Ruirong Yang and Chienchum Huang from the Department of Psychiatry at Weill Cornell Medicine; Drs. Teresa A. Milner and Dr. Virginia M. Pickel from the Feil Family Brain and Mind Research Institute at Weill Cornell Medicine; Dr. Matthew N. Hill from departments of Cell Biology and Anatomy and Psychiatry at University of Calgary; and Dr. Ken Mackie from the Department of Psychological and Brain Sciences at Indiana University Bloomington.

Original Research: The study will appear in Science Advances. Dua Lipa Got a Sleek Lob With Blunt Bangs — See...

Mortality rate is cut in half by a lung rescue team... Why Is CBD Everywhere?

Memory and motor control in patients with psychogenic nonepileptic seizures