Summary: People consider male magicians to be more skilled than women, even when they perform the same trick. However, the gender bias disappears when people are asked to think more critically about the tricks performed and figure out their own solutions.

Male magicians are judged to be more impressive than female magicians, even when the tricks being performed are identical, new research into gender bias suggests.

Yet this bias disappears once an audience is asked to think more critically about the tricks themselves by trying to figure out their own solutions. Psychologists conclude that it is more difficult to evaluate a trick negatively, whoever it is performed by, if you struggle to explain it yourself.

The study was led by Pascal Gygax from the University of Fribourg, with co-authors including Dr Gustav Kuhn at Goldsmiths, University of London. A report of the research has been published in the open access journal Social Psychology Bulletin.

Study participants were shown close-up videos of 14 magic tricks. Only the hands and arms of the magician presenting the tricks were visible. The figure wore white gloves and long sleeves which prevented participants identifying cues about whether they were male or female.

When a second set of participants were shown the same tricks on video they were also asked if they could try and explain how the trick was done. During this experiment, the gender difference in ‘Nicolas’ and ‘Nathalie’s’ evaluations disappeared.

These results suggest that once you ask people to think more analytically about a person’s skills, prejudice is reduced or even eliminated.

The study argues that entrenched biases in wider society, such as stereotypes about women being weak or less in-control, could partly explain why people appear to prefer magic when they believe it is being performed by a man.

These findings align with similar research in the fields of mathematics, and computer skills, for example. Research in recent decades has also found that people are more critical when evaluating academic writing by women than by men, and the effect is bigger when the articles are written in male-dominated fields such as law, or city planning. 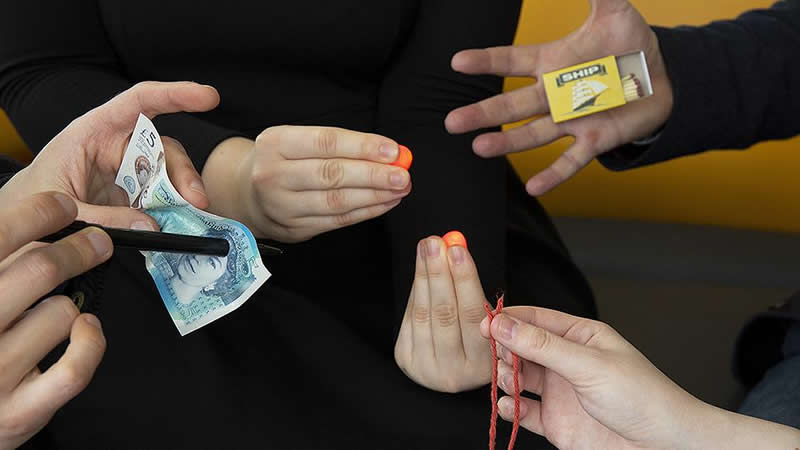 When a second set of participants were shown the same tricks on video they were also asked if they could try and explain how the trick was done. During this experiment, the gender difference in ‘Nicolas’ and ‘Nathalie’s’ evaluations disappeared. The image is credited to Goldsmiths University.

“The predominance of men in magic has a long history. Women who performed magic were associated with witchcraft and punished for centuries, and later women are relegated to the role of ‘glamorous assistant’ to a male magician, with female magicians also denied entry to the industry’s secretive organisations.

“Some people have internalised the idea that there are more male magicians because they’re better or more competent than female ones. This shows how the pernicious effects of stereotypes lead to prejudiced evaluations in all walks of life.

“But as our study concludes, it is possible to alleviate that gender bias in magic: through trying to figure out a solution, people become accountable for their evaluations and are less likely to think negatively of a performer.”

We present two experiments investigating the effect of the perceived gender of a magician on the perception of the quality of magic tricks. In Experiment 1, tricks performed by an allegedly female magician were considered worse than those by an allegedly male magician. In Experiment 2, participants had to generate possible solutions to how the tricks were done. Under these conditions, male participants were better at explaining the tricks, but the gender effect found in Experiment 1 disappeared. We discuss the gender bias in Experiment 1 and the lack of bias in Experiment 2 in terms of specific social and cognitive mechanisms (e.g., cognitive dissonance).

With the coronavirus, ‘pay attention to the basics’